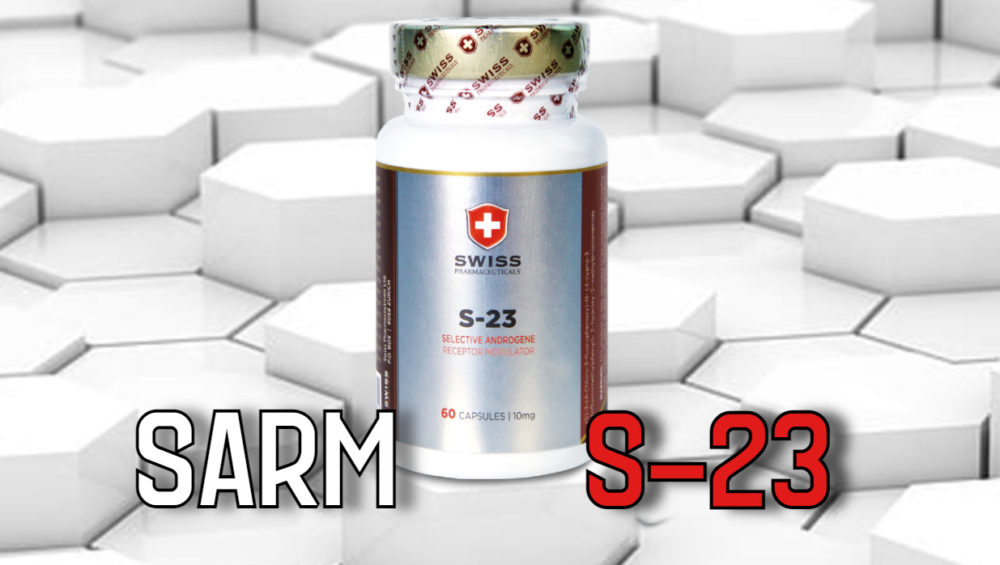 S-23 is a Selective Androgen Receptor Modulator (SARM). It is one of the strongest in terms of effects… that is, you NOTICE IT.

It is currently in a study phase but not in humans, although it is in animals being investigated as an oral male contraceptive.

In the studies they observed that it rendered the rats sterile while increasing their muscle mass. This increased interest in being used as a male contraceptive.

This sarm has become more popular in bodybuilding for its powerful effects on body recomposition and being compared to effects similar to well-known steroids.

HOW DOES IT WORK?

It works in the same way as the rest of sarms, it selectively affects androgen receptors, focusing its function on the creation of muscles. This affinity is much higher for androgen receptors than many of the sarms. Therefore the modification of the old sarm C-6 not only increased its bioavailability but also its affinity.

This affinity causes s23 to compete with testosterone and DHT to bind to the androgen receptor in muscle and bone.

This compound, being selective, does not aromatize in estrogen or DHT.

Although it is much more selective than steroids it is the least selective of the SARM family. This makes it disqualified from treating muscle wasting diseases or against hypertrophy of the prostate and is only used as a male contraceptive if it is ever marketed.

It is not rented like oral steroids and it is not as toxic to the liver as these, however elevations of liver enzymes have still been seen in the blood tests of some users. This is like everything, it can happen to some people and not to others, we recommend something simple like Liv52 during use.

Also some users comment that it helped them to lose fat while they continued to gain muscle mass.

Because although many things are not proven in studies or experiences by users, an average dose could be 20mg, if we increase the dose, yes, we may have more muscle gain and fat loss because it would increase your rate basal metabolic rate, but we could have a testosterone suppression, we could try it for 3 weeks at a medium dose. Better not to play with the powerful Sarms like this S-23.

If we use it in moderation, it has many benefits, such as those mentioned above
Fat loss
Muscle Mass Increase
Male Contraceptive however, upon discontinuation of use, the hormonal axis recovers and the sperm returns to normal.

Besides these points It also helps you to have more sexual appetite, remember that any androgenic substance will increase libido, and S-23 being a compound that binds completely to these tissues, it is not surprising that it increases libido.
It happens in men as in women.
Regarding Strength comparison with other SARMS,
Rad140 vs S-23 = S23 is better.
Ligandrol vs S-23 = Ligandrol but many say they are the same.
Ostarine vs S-23 = S-23 without a doubt.
Yk11 vs S-23 = Similar

Remember that everything is for RESEARCH
This is all just information.