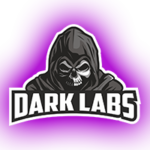 Availability: Out of Stock

Dark Labs Cardarine GW 501516 is a type of supplement that is often considered an S.A.R.M, but technically it is not, instead it works through its interactions with the PPAR receptor.

Get an alert when the product is in stock:

Dark Labs Cardarine GW 501516 is a type of supplement that is often considered an S.A.R.M, but technically it is not, instead it works through its interactions with the PPAR receptor.
Cardarine has been extensively studied and shown to exhibit powerful physiological effects in enhancing the performance of athletes. As much as SARMS / PPAR receptor agonists are associated with bodybuilders looking for that ingredient to break barriers and improve muscle and strength without the use of steroids, Cardarine is most remarkably effective in increasing muscular endurance, thus which allows users to greatly increase the number of repetitions they can perform as well as improving cardiovascular endurance, something that has made it popular with elite endurance sports athletes.

What results can you expect?
In the first week of using Cardarine, our two testers reported very similar results in the form of increased endurance and fat loss with particularly noticeable effects when performing HIIT-style cardio. At the same time, both testers also stated that their weight training felt much easier with a reduced perception of effort and the ability to maintain a high level of performance even in the depths of their workouts.

When it comes to fat loss, even without dieting, they both reported large increases in vascularity and remarked that while it didn’t make them feel less hungry, it would be a great addition to the diet to allow you to achieve your desired condition.

♠ Incredible stamina improvement
♠ Dramatically reduces recovery time
♠ Allows for a large increase in training volume to drive performance gains.
♠ Works from the first dose
♠ Versatile S.A.R.M that can be used for any athletic purpose physique
♠ Improves mood
♠ Reduces fat and allows a preferential use of fat as a fuel source.
♠ Can be stacked with natural anabolics or prohormones for added benefit

You can take 1 pill an hour before training

Best Company to buy SARMs in Europe
SARMs are not approved for human use, they are still under investigation

The consumption of the products purchased on this page is entirely under your own responsibility, if in doubt, always consult your doctor

There are no reviews yet.

Only logged in customers who have purchased this product may leave a review.

There are no questions yet. Be the first to ask a question about this product.

Select the fields to be shown. Others will be hidden. Drag and drop to rearrange the order.
Click outside to hide the compare bar
Compare
Shopping cart close